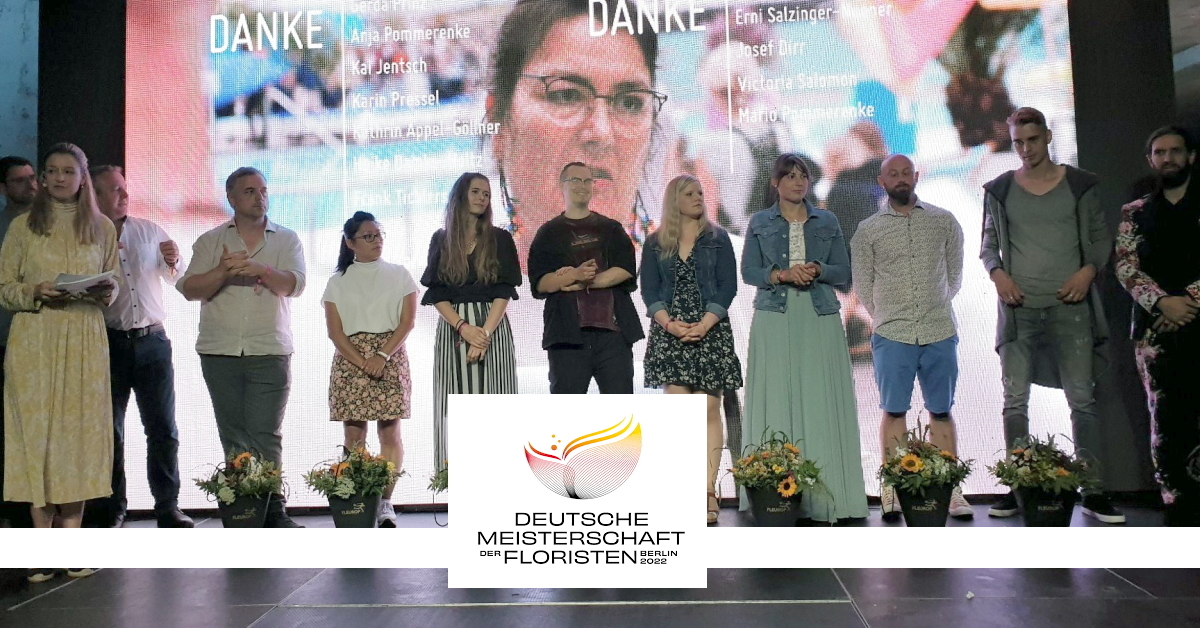 After an exciting day of competition in Berlin’s urban lounge bar “Haubentaucher”, the vibrant creations of Christopher Ernst from Kindelbrück convinced the jury of the German Florist Championship (DMF). His four challenging floral arrangements, centred around the topic “freedom”, helped him to prevail against the eight other finalists.

Along with the winner’s trophy, Christopher Ernst won a trip to the Fleurop-Interflora World Cup, which will take place in 2023 in Manchester, England. For his highest-scoring plant arrangement on the subject of “The Freedom of Nature”, he was also awarded a special prize.

FDF President Klaus Götz summed it up after the competition: “Germany’s best florists have inspired the industry at this DMF 2022 with their competition entries. Of course, only one winner can be on the highest podium at a time…

But, for me, all the participants are winners, and I would like to thank each and every one of them for their fantastic contributions and their great personal commitment. I am pleased that we have such talented florists in our ranks, each of whom is a role model for our industry!”

The 33rd German Florist Championship in Berlin was a terrific industry event, where the world of floristry finally met again after a long break caused by COVID-19. As a public event, the contest traditionally aims to show the creativity and craftsmanship of the florist profession to consumers.

This year however, due to Corona, the decision was made to hold an event that would be lightly attended but widely broadcasted on social media. The industry’s specialist media, the community of flower bloggers, as well as partners such as Smithers-Oasis Germany and FleuraMetz all contributed to the DMF2022 receiving lots of media publicity. Mission accomplished!

For more details and a complete list of the DMF2022 winners, continue reading at the website of the German Florist Association

Interview: The Green Gallery, the Flower Council, and the future of flower promotion…