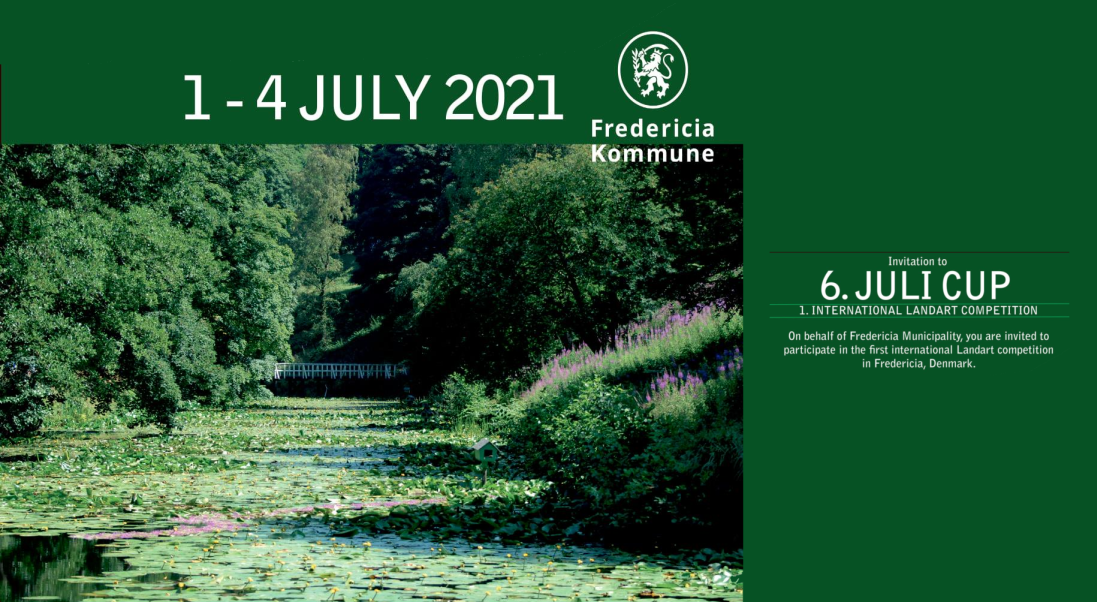 Some of the world’s toughest florists and land art artists will be visiting the Danish city of Fredericia this summer. During three days, they will compete to create stunning works of art on the city’s ramparts – exclusively by using the materials available in nature at this time of year: flowers, plants, shrubs and branches. Fredericia Municipality, in collaboration with local florists Lene Möller Christiansen, Iris Blomster, and Thomas Kvist Christiansen, warmly invite you to the first international land art competition – the “6 July Cup” – in the days from 1 to 4 July 2021.

The international land art competition will be a creative and artistic prelude to the annual historical memorial days, July 5th and 6th, where the city marks the 172nd anniversary of the victorious battle by Fredericia in 1849. From 1 July and three days onwards, 18-20 floral artists will work on the south part of the ramparts that lies close to the harbour.

A new version of the famous 6 July Cup

It is not the first time that florists from all over the globe are visiting Fredericia to compete in international floral art. In the three years from 2006 to 2008, Fredericia also hosted the international 6 July Cup, where florists competed to make the most beautiful flower arrangements – both in the city centre and on the ramparts. The competition was part of a major municipal effort to create more activities around the annual memorial days on July 5th and 6th. Each participating team had to complete three different tasks, the last of which took place on the ramparts.

During the three years when the competition was held in Fredericia from 2006 to 2008, there were participants from Norway, Finland, Latvia, Estonia, Lithuania, Ukraine, Russia, Germany, Italy, Iceland, Poland and Canada (in addition to Danish florists). Now, Fredericia Municipality and Lene Møller Christiansen are sure that Fredericia can once more succeed in attracting international florists to compete in international land art, with the 6 July Cup resumed in a new form. Unlike before, you only have to work on one task: land art at the ramparts.

The competition will undoubtedly be a success. Had it not been for the current Covid-19 pandemic, which makes flights difficult, many participants would already have planned their travel to the city. Many florists have talked about the competition since back in 2006-2008, and have just been waiting for it to resume. This year we will probably present 10 teams with participants from around Scandinavia, says organisers Lene Møller Christiansen.

Fredericia Municipality is very excited that despite the current pandemic, there is such great interest in a new edition of the 6 July Cup.

Flowers and plants have played a significant role since the start of the historic Memorial Days 172 years ago. They were used to decorate the fallen soldiers’ graves, and this historical theme has always followed the competitions. With the competition now resumed, Fredericia municipality wants to put a special focus on the issue of endangered biodiversity.

Many animal and plant species on earth are already extinct, and several species face extinction. This is because animals and plants have difficulty finding suitable habitats in the places where we humans build, cultivate the land or live.

With this land art competition, Fredericia Municipality wants to focus on biodiversity, and make us think about how we can all contribute to taking good care of nature and securing space for all the different species.

You can also find the land art event on Facebook, here.

The world of floristry will celebrate FLORINT’s famous EUROPA CUP 2022 championship on August 26-28. Join the party!

The EUROPA CUP 2022 in Katowice: a wonderful event, and a triumph of perseverance