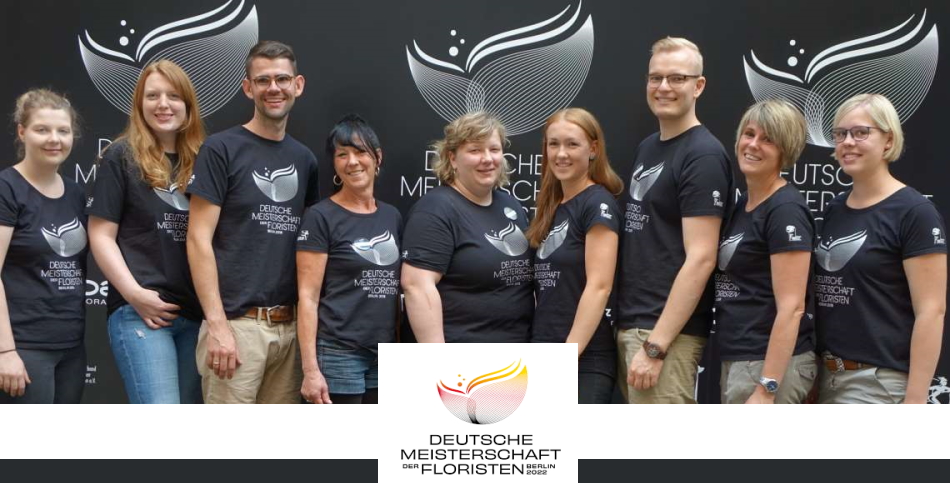 The ‘Deutsche Meisterschaft der Floristen’ will take place sometime in August 2022 in the capital Berlin. The joint organizers of the championship, Fleurop AG and the Fachverband Deutscher Floristen have agreed on this. After the most prestigious event in the industry could not take place in the last two years due to the corona pandemic, it is now coming back: in a new location, and this time as a one-day event!

The German Florist Championship last took place in the summer of 2018. Michael Liebrich, master florist from Weilheim an der Teck, won the title back then. Nobody could have guessed at the time that he would keep it for four years. However, due to the pandemic, it was not possible for both the organizers and participants who had already qualified to safely plan the major event. Unfortunately, it could not be held every two years as usual, but had to be postponed twice.

Fleurop AG and FDF, as joint organizers, were always convinced that the German Florist Championship would take place again this year. Even if the pandemic is still not fully over, they quickly agreed that pausing again is undesirable. Instead, a solution was sought for a German championship under pandemic conditions, with appropriate adjustments.

“The candidates deserve it and are looking forward to finally being the centre of attention again after this Corona-related break at the largest national floristry competition and showing their creativity, masterful floristry and fantastic skills. At the same time, we want to create a space for the entire industry to reconnect and celebrate together“, explains FDF President Klaus Götz.

This year, the German Florists’ Championship will not take place on two consecutive days, as has been the norm up to now, but on one day: Saturday, August 20, 2022. The workload to be completed will accordingly be somewhat reduced.

“With this step, we are taking into account the time and financial investment that the participants have to make for such a large national tournament. We are happy to finally send a signal to the industry and to the public again and to show everyone: We’re off to a good start again! I’m looking forward to the competition and the subsequent celebration and award ceremony,” comments Dr. Stefan Gegg, Member of the Board of Fleurop AG.

The works of art will be created in a special setting, because the location of the German championship will also be new this year. The venue is no longer the the Potsdamer Platz Arkaden shopping centre, but the “Haubenaucher” in Berlin-Friedrichshain, one of the most unusual summer locations in the capital – with a swimming pool, sun deck, lounges, bars and event areas!

Parallel to the German Florists’ Championship, the trainee cup for young talents will also be held.

Learn more at the website of the German Florist Association, fdf.de!

AIPH will organise an industry-wide 3D virtual conference this autumn, to encourage the recovery of the ornamentals sector