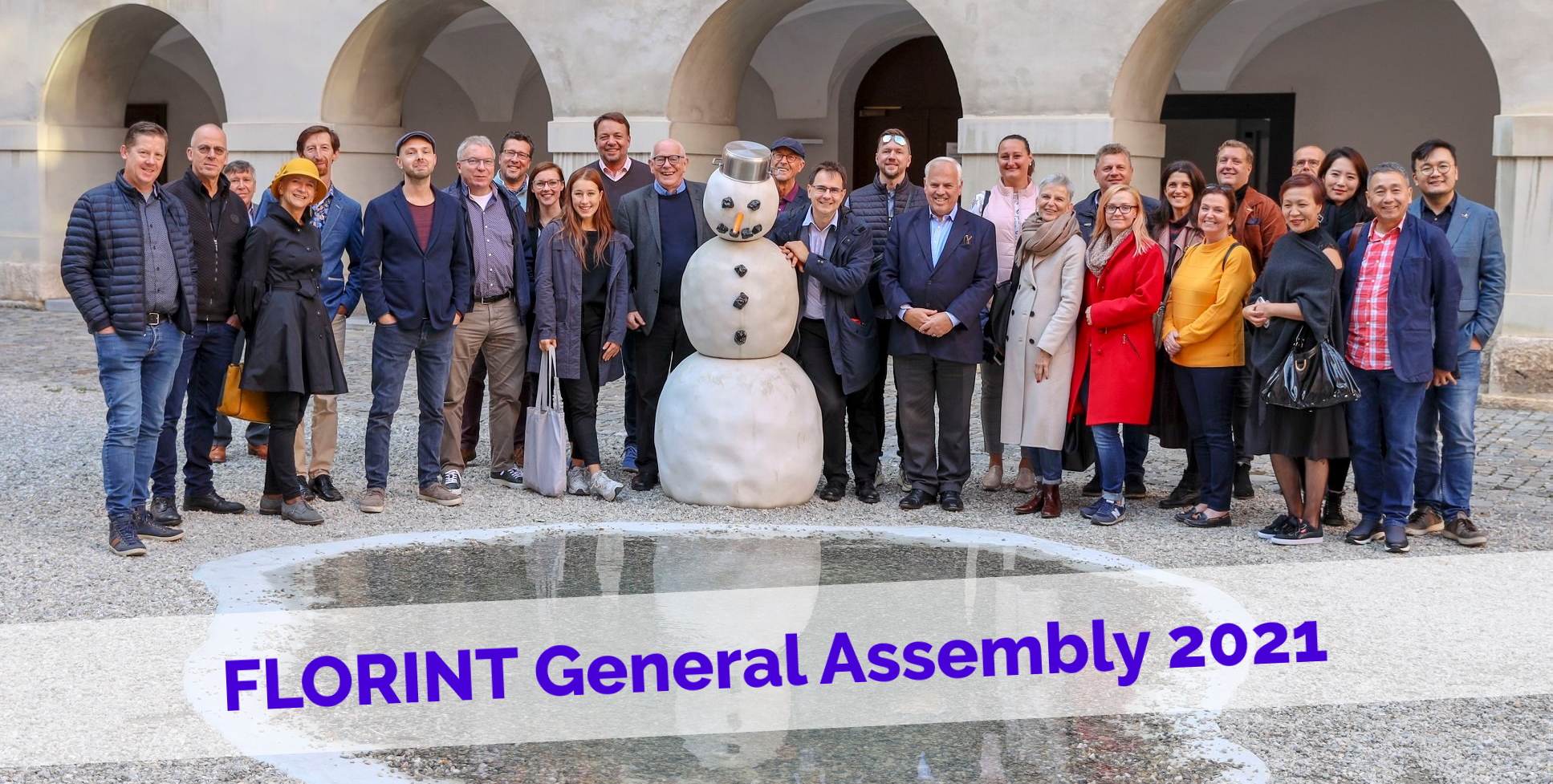 The annual General Assembly of FLORINT, the International Florist Organisation, was held online on Friday, 15 October. Close to 30 delegates attended the online Members’ Conference, to review the past year and help decide on the future activitities of Florint. To learn more about the policy decisions that were made by the assembly, read on.

The General Assembly began with an address to all the members by the President of Florint, Simon Ogrizek from Slovenia. He described the challenges posed by the Covid-19 pandemic during the last year, and the support that Florint has worked hard to offer. Despite the crisis, the Florint team has been able to do quite some international outreach and keep its projects moving forward.

Florint’s EUROPA CUP 2022 is on schedule to take place from 26-28 August of 2022, in the city of Katowice in Poland. The Cup has, unfortunately, been postponed twice now due to the Coronavirus pandemic. The safety of all the visitors to the event is our number one concern.

The venue for the European Floristry Championship 2022 remains the same: the International Congress Center in Katowice, Poland.

Sign up for our newsletter if you do not want to miss any announcements about the EUROPA CUP 2022. Promotion of the championship will pick up again early next year.

We can’t wait to see you there, to celebrate a historic event together!

We are excited to welcome a new FLORINT Member! ‘Fédération Française des Artisans Fleuristes’ (FFAF) from France was officially introduced by its President during our General Assembly. Our current members unanimously voted to accept the French florist association in the FLORINT family.

A new General Secretary of FLORINT has been announced. Ms Lena Stryjska, who joined the Direction Committee (DC) at the end of 2019, will be taking up this responsibility as of October 2021. Lena is an incredibly capable professional with decades of experience in the industry, and the members of the DC are proud to nominate her for this role.

Sitting FLORINT President Simon Ogrizek was re-nominated for the Presidency by the members of the Direction Committee, who value his dedication. The delegates present at the General Assembly approved the nomination of Simon and reelected him as President for a 2nd term.

After voting by the Assembly, current Direction Committee members Brian Wills-Pope and Heinrich Göllner were also re-elected for an additional term on the DC.

Lastly, FLORINT is establishing a Representative Office in China with the help of its Chinese member association Uniflorist. This office will serve as the basis for further outreach to the Asian and Pacific Region.

Member associations pay a yearly contribution to Florint. This fee covers the costs of Florint’s added-value activities on behalf of our florist associations. A small inflation correction has been applied to 2021’s base membership fee, as is customary.

The fees for 2022 have been agreed as follows:

Add-on fee per florist that is a member of your association: € 3,51

Yearly Championship add-on fee: (this includes your candidate’s participation in the tournament)

Florint’s junior floristry championship, EUROFLEURS, will be held in 2023! While our candidate member organisation from Estonia, EESTI FLORIST, initially planned to organise the event, they have had to reconsider this decision due to setbacks.

FLORINT’s young florist championship will now take place in Slovenia instead. We are currently finalising the planning together with a big, local event partner.

Two main themes for the competition will be Sustainability and Back-to-Nature. Stay tuned for more announcements!

Florint’s member association from The Netherlands, VBW, is planning to proudly present the 2025 World Championship in Floral Art during the summer of 2025. This novel, global floristry championship is an evolution of Florint’s renowned EUROPA CUP tournament: even bolder, and even more stunning. View the video below to get a taste!

The multi-day event will take place from 26-31 August, at the renowned World Forum in The Hague. The country of The Netherlands is a global leader in the flower trade, which will help the VBW to organise this monumental floristry event.

You can be certain that this will be the biggest celebration of floral art the world has ever seen – we guarantee it. Save the last week of August 2025 on your agenda right now!

The inside look at Brexit: what you really need to know…