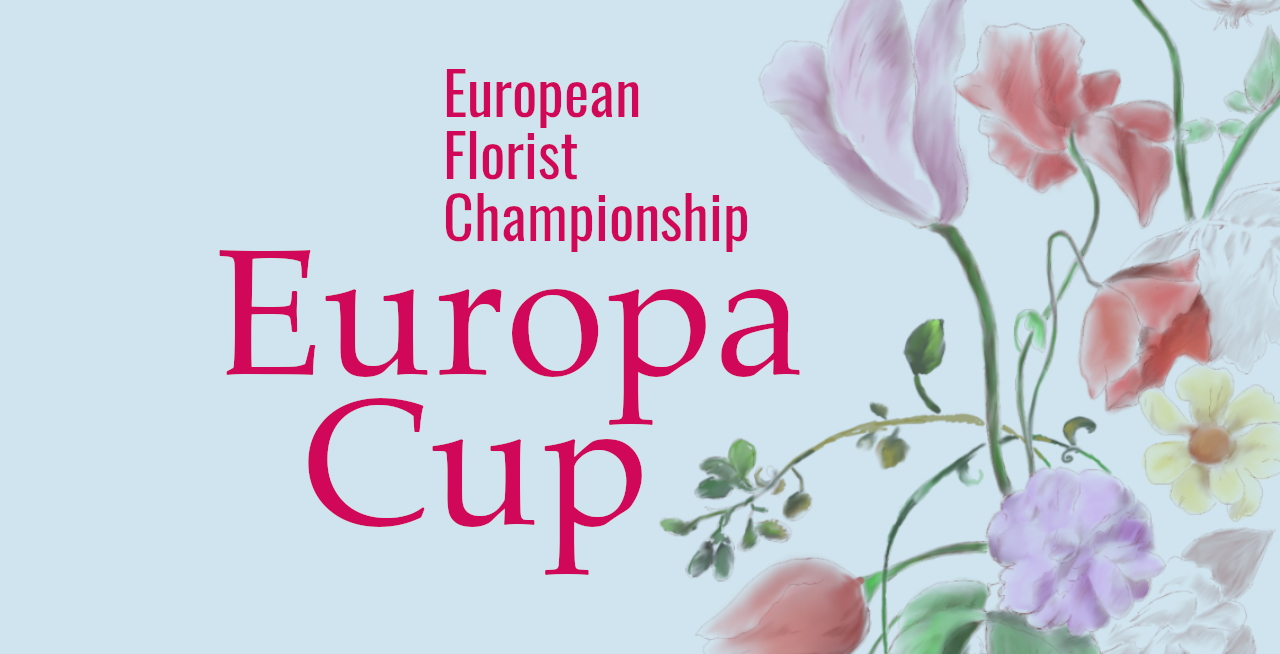 The Europa Cup of Floristry

Florint has organized a European Floristry Championship, better known as the ‘Europa Cup’, since 1967. The contest serves as a comparison in craftsmanship and styles between florists from different countries. It stimulates exchange and innovation, and promotes the florist’s image to the public. All of which we consider to be very important!

EUROPA CUP 2022, the world-famous European Floristry Championship, has been rescheduled to 26-28 August of 2022!

The Polish Florist Association will be organizing the Europa Cup for florists from 26 to 28 August of 2022. The host city will be industrious, modern Katowice in Poland. The venue is the famous International Congress Center Katowice (ICC).

The Europa Cup was initially scheduled for June of 2020. But due to the tragic COVID-19 epidemic, we have been forced to reschedule our championship.

Currently, the organising of the Europa Cup is going on behind the scenes. The Polish Florist Association and its army of volunteers are planning a world-class event. You can view the event page for the latest details about the Europa Cup 2022 championship.

Or read more about the European Floristry Championship 2022 on the official website here (work in progress)!

The European Floristry Championship helps to compare the skills and creativity of floral designers originating from various countries, putting the continent’s absolute best in the spotlight.

Additionally, the championship allows these florist professionals to get to know the latest trends and techniques in floristry. It thereby functions as an important stimulus for innovation in floral design.

As a general rule, the Europa Cup takes place every four years. Exceptions are permissible, if the situation demands them, and are decided on a case by case basis by the Florint General Assembly.

Participation in the Europa Cup:

The Europa Cup competitors are nominated by our national florist associations; the members of Florint. In countries where there is more than one member association, they need to agree on the contestant or jointly organise a competition to decide on one.

In countries where there is no member organisation of Florint yet, alternative enrolment rules may apply. These are laid out in the official championship regulations, which are published prior to the start of enrolment.

On 8 & 9 April 2016, the Europa Cup 2016 took place at the impressive ‘Magazzini del Cotone’ exhibition and conference centre in Genoa, Italy. It was an absolutely spectacular championship, with amazing floristry, stage shows and a wonderful atmosphere.

View the highlights from the Europa Cup 2016:

Click the image below for our press release about the Europa Cup 2016. It explains everything that happened in Genoa and, of course, who were the winners of the European Floristry Championship!

The Europa Cup has been organised every four years ever since 1967. For a document listing all the Europa Cups and their winners, from 1967 up to 2007, please click here: The former Europa Cup winners!