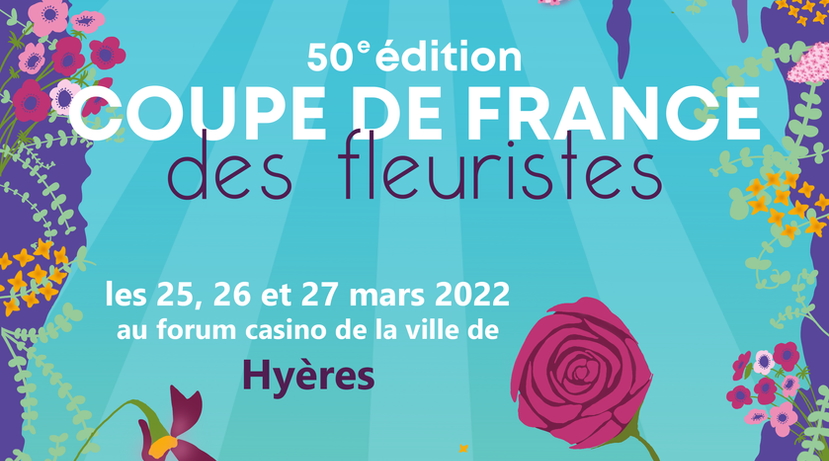 Ever since 1970, the French Federation of Artisan Florists (FFAF) organizes the National Final of the French Floristry Cup to highlight the country’s immense floral talent. In 2022, this prestigious competition celebrates a very special edition: its 50th!

For this anniversary edition, the French competition will gather 9 top-level candidates – artisan florists from all over France. They will compete in 6 trials over the course of 3 event days, where they will have to show creativity and technical skill as well as ingenuity and endurance. The jury will be chaired by master florist Julian Tonnellier (‘Meilleur Ouvrier de France’ and French Champion of Floristry in 2000).

The high-level competition is an opportunity for the competing florists to express the full extent of their talent and passion for working with flowers. According to the rules of the art, they will have to create masterful bouquets, wreaths, sculptures or even unusual floral accessories… thus reflecting the power of flowers to celebrate and to accompany all the various emotions of life.

The competition is also a springboard to other prestigious competitions, national or international (such as FLORINT’s own EUROPA CUP). Nearly half of the winners of the Coupe de France have subsequently become Meilleur Ouvrier de France – a French honorary title of excellence.

Most of the events of the Coupe de France des Fleuristes 2022 will be open free of charge to the general public. Come and admire the exceptional talents of the country’s best florists at the ‘Forum Casino’ event location from March 25-27! It’s a unique opportunity for visitors to experience world-renowned French floral art at its highest level.

Alongside the French floristry cup, the public will also be able to participate in creative workshops on-site at the Forum du Casino. These are all being offered free of charge!

Learn more about the event program at the website of the French Federation of Artisan Florists (FFAF).

Alex Choi from Korea triumphs in a sparkling World Cup!