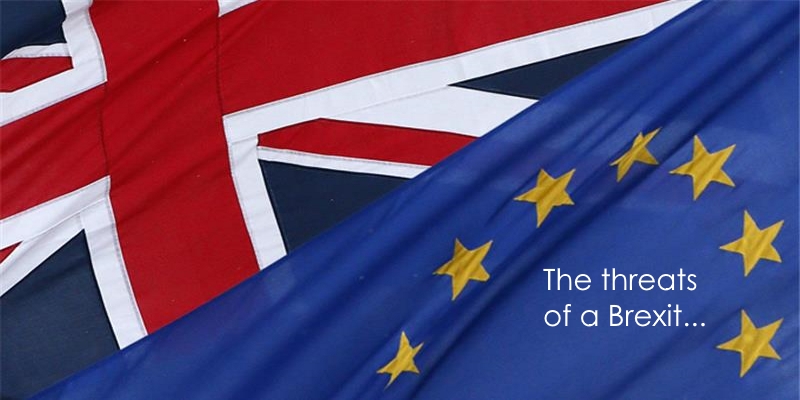 A Statement from the International Florist Organisation (FLORINT)

Referendums are always a very difficult political choice to make as a politician, and even more so when it’s about Europe. Europe has already seen a lot of referendums in the past, and many have not gone the way it is hoped for. All we need to do is look at the referendums in France, the Netherlands, Ireland, and Denmark over the last 15 years. Yet, one common point was that these countries were not voting to leave Europe, because Europe made sense. They voted for a different Europe, staying on board to discuss a more evolved Europe.

In fact, we’ve had our own issues in the UK recently with referendums that saw a small margin vote yes to staying in the UK, voting with the mind rather than the heart. On the 23rd of June the UK will be doing exactly what Scotland did just over a year ago. Let’s learn a little from that experience and get some common sense. But let’s do this from the perspective of a florist and how this referendum will affect your business if the result was a vote to leave the Union, and that all of a sudden we woke up with all the red tape Brussels puts on us.

The flower production in the UK is absolutely fantastic. The blooms we produce here are second to none, and in my own shop I am a proud supporter of Britain first. But unfortunately our national production is very shy of being able to supply all of our flower shops.

It’s true to say that there are flowers available from many countries including Kenya, Ecuador, Colombia, Israel, amongst others, but the vast majority of flowers and plants come from the EU. Hence, we depend greatly on imports. If we are no longer part of the EU, we are no longer regulated by the internal market or any free trade agreements that the EU has with other countries, which is common throughout all members of the European Union. The clearest case was in 2015 between Kenya and Europe. In October the EU stopped the European Partnership Agreement and hence applied import duties to all goods coming into the EU. The increase of customs duties was between 4-24% on flowers. Thankfully the EU and Kenya managed to come to an agreement on Christmas day.

But this is a serious case that we should take as a prime example. Our prices would go up. On average, if we use the Kenyan case, by as much as 14%.

Moreover, UBS and HSBC, two leading banks believe that the value of the Pound would drop to parity if Britain left the EU to a 1:1 case. This would make imports from the EU more expensive than today.

What sort of price difference for our flowers and plants would we be facing from imported products from the EU and the rest of flower and plant producing and exporting countries?

Let’s take a premium red Naomi Rose of 80cm that can trade with Dutch exporters on average at 1€. We would have to apply an exchange rate to this of an average of 4% commission from banks. At parity we would see that the cost would be 1.04GBP, then when we add on the extra 14% in custom duties. The price would be 1.19GBP when it arrives at your shop. Currently that premium red Naomi Rose is 0,79GBP. At 1.19GBP the increase in cost price is 66%. The average sale price would then increase from 2.75GBP with VAT per rose if we take into account the average price mark up of multiplying by three without VAT, to 4.25GBP (incl. VAT). This is an increase in price of some 55% to your customer.

If you buy your flowers and plants from local wholesalers, the picture does not get much better. Many wholesalers can buy in bulk, and they can buy from the EU, Colombia, Ecuador, and Kenya without having to go through the same procedures as a florist ordering from a specialised Dutch exporter. And when they do, the prices, as they are bought in bulk, are cheaper.

However, all of these wholesalers will be stuck with the same problem of custom duties as there will be trade barriers to imports which make goods a lot more expensive. In fact it would be a lot harder to get preferential trade tariffs that are currently in place with the EU and other flower and plant producing countries. And as we have seen from the comments made by US President Obama, Canadian Prime Minister Trudeau, and Australian Foreign Minister Bishop stating that countries prefer to negotiate with Britain in Europe rather than out. In fact Obama stated that the UK would be last in line when negotiating trade lines preferring. And these trade agreements will not be done overnight. It takes 5-10 years to negotiate these agreements and politics always gets stuck in the middle.

What does this mean for overall demand for the florist sector?

In Florint we have closely followed increases in prices due to VAT, with Spain being the latest example. In 2012 the Spanish government increased the VAT rate from a reduced rate of 8% to the normal rate of 21% for flowers and plants, an increase of 13%. In 2015, together with a coordinated effort with our Spanish member AEFI, flowers and plants went back down to the reduced rate which is now 10%. Our Spanish member saw that there was a decrease in demand due to this increase in price of 27%.

Moreover, financial experts predict an extended period of austerity (BBC news 25th May), and almost 90% of over 600 top UK economists believe that the UK would suffer if we left Europe (Observer/Ipsos Mori Poll, 29th May).  This fact, and adding the high elasticity of demand, would increase the fall in demand as we saw during the recent financial crisis.

Florists vs. Supermarkets – supermarkets will have a larger price advantage

In essence, and looking at just this point, supermarkets that already command more than 50% of the sales of flowers and plants, would have a much greater competitive advantage. They can negotiate extremely good prices for that rose that is sold for 1€ or at an even lower price. This would make the difference in prices between florists and supermarkets even more acute, with supermarkets taking an even bigger chunk of the market than before.

Its’ not all about price, but the fall in demand will have huge spin-offs. Brexit will also have a huge implication to the social netting of our flower shops and the world of floristry in general, starting from the bottom.

The core principles of the EU’s single market rest on the four freedoms – freedom of services, goods, capital, and movement (of workers). Paradoxically, these freedoms are one of the short term causes for the call for the referendum – immigration – and will hamper our opportunities to grow as a florist community for many reasons.

The first of these reasons will have a direct impact on our skilled labour force. We depend on immigration not only to survive as a nation, but also because, in our sector, we depend on new techniques and inspiration to survive as artists. The internet can only give you a certain amount, but those coming from other countries in Europe to work in floristry can increase our level. Brexit would cause a stop to this wave of new ideas and skilled labour, which is necessary for us to survive.

But without these freedoms, more florists will not be enticed to come to Britain to set-up more flower shops, which as a consequence means less possibilities for consumers to buy from flower shops and employ local, British florists. The regulatory burdens of somebody wanting to set up a business in the UK from an EU country will create huge red tape processes that will dissuade talented entrepreneurs. This goes against the entrepreneurial spirit of our country.

Moreover, and probably most importantly, Brexit would have a huge impact on our current education in floristry. One of the growing trends within education in floristry is to send students abroad in order to enrich their education experience. This serves for the students to increase their language skills but also to immerse themselves in different work and education settings. Furthermore, it allows the students to learn about new trends in different countries. This is essential in today’s world where consumers can find inspiration from all over the world. This exchange allows students to be aware of all trends and knowhow from different parts of Europe. Furthermore, it makes them feel part of the globalised world of florists that is becoming more and more important, and makes the up and coming florists be a lot better prepared.

Essentially, we don’t live in an all-Britain world. The UK will isolate itself in terms of new impulses to the industry. Travel across EU countries will become more difficult, there will be barriers for internships in let’s say the Netherlands. EU member states will have a definite advantage. Floristry is a world-wide network as is consumer behavior. Only education can push this forward.

With Brexit all EU funds for movement for students would stop. Furthermore, any projects from EU partners, like the one we are currently developing in Florint on common curriculums in floristry with a UK college, would disappear. It would be a shame that the UK would be disconnected from this network and opportunities for the future.

Finally, financial experts predict an extended period of austerity. What was learned from those periods of austerity in Europe is that consumers won’t buy flowers and plants to cheer things or themselves up. The sector always thought that consumption of flowers was strong enough to endure a crisis, but we were wrong.

Which way to Vote?

I am not going to tell you, it’s not my place to. It’s clear that we all know about the general debate going on in our country, but how would a leave vote hit close to home? Little to say that I fear our industry, and the whole country, would suffer greatly. So if you vote to leave the EU we would see a great fall in demand, and this fall in demand has spin-offs to the rest – wholesalers, schools, workers – and eventually to ourselves as people and families.

For those who still are not sure, let’s go back to the Scottish vote. Sometimes our wallets hurt more than our hearts, but to survive as a nation and as a sector merits more than the current in-fighting amongst MPs. If what we want is a different Europe, let’s talk about it on the negotiation table, because our choice right now is dire, unfounded, and cataclysmic for our own bread and butter.

Florint is proud to bring EUROFLEURS 2023, the European Championship for Young Florists, to Slovenia