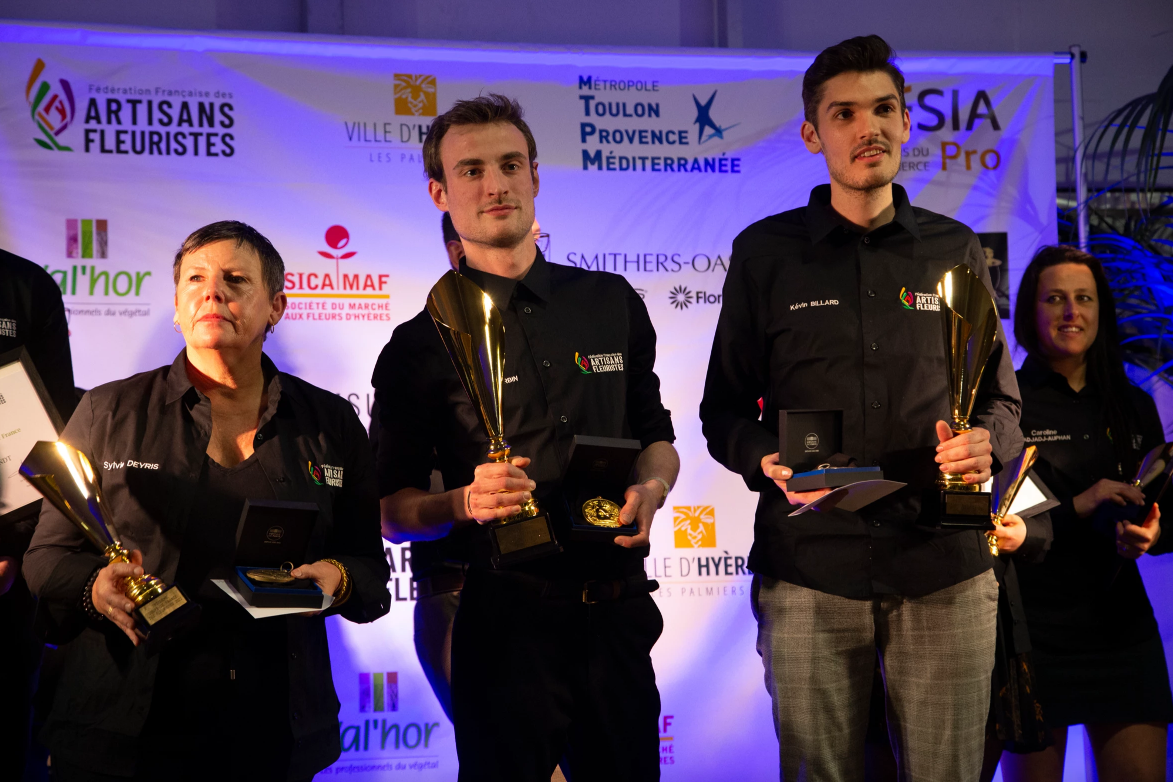 To stimulate the profession’s spirit of excellence and present exceptional floristry to the general public, the National Association for Floral Festivities (ANFF) and the French Federation of Artisan Florists (FFAF) organize the French Florists’ Cup ever since 1970. The 50th edition of this prestigious competition recently took place in Hyères!

The competition brought together nine exceptional candidates from all over France, who competed in 6 tasks spread over two days. The competition’s unique theme was “A 2000-years old submerged city”!

Together, the eight judges assessed each floral arrangement on its originality, aesthetics, technique and finishing, taking into account the theme and the imposed restrictions. During the two championship days, the candidates had to show creativity and technical prowess as well as endurance.

Gold Medal: Benoît Barbin (at the center in the cover photo above)

After a competition rich in emotions, Benoît Barbin, 25, florist at the boutique of Monsieur le fleuriste in Paris, won the title of French Floristry Champion.

27 years old (Nice), florist and decorator of the Prince’s Palace of Monaco.

The 6,000 visitors were also asked for their opinion: the public could fill out a ballot and vote for their favourite stand! It was Kevin Billard who obtained the most votes – and won the Prix de la Ville d’Hyères / Audience award with his design in yellow:

For more photos of the arrangements as well as the winners by task, continue reading on our French member association’s website: www.ffaf.fr/

New trend: pocket bouquets and cufflinks for weddings and parties